August was full of surprises, full of hope, full of life. Early in the month a friend from my teenage tennis days invited me to come speak at The Madison Beach Club in Madison, Connecticut. I told Cinda I would need for my daughter Alexandra to be able to reach me the entire day no matter where we were. Alexandra was expecting a baby. I was on baby alert.

Cinda assured me she had a cell phone and a back up one if either one didn’t work. She likes to be plugged in; I prefer not to be. Before and after the luncheon on a gloriously clear shimmering day overlooking Long Island Sound, I felt so exhilarated as we drove around this charming community, remembering happy days of circuit tennis and summer fun. I felt calm knowing Alexandra could reach me.

That night our granddaughter Julia came to Stonington for dinner with friends to spend the night. The next morning we went to Yale New Haven where she had an informal interview. Julia has her heart set on applying for early admissions. Her cell phone was charged. We were set. New Haven is that much closer to Washington, DC. Yes. My daughter is going to have a baby and I’ll be there!

We spoke on the phone often for the next week. I’d be so afraid to miss my daughter's call that I’d ask Peter to be near a telephone if I went to do an errand or went out for a groove.

One morning Alexandra called with information about renting a cell phone. She had every bit of information detailed to the penny. Peter and I went to the heart of Broadway in New York City with melting tar beneath our feet and sweaty brows to rent a cell phone for “baby alert.”

I listened to Carrie teaching me how to use the cell phone. Peter took notes. We decided to keep it on “vibrate” because we think it is obnoxious when a loud doo doo dee dee daa daa ring goes off in concert halls, church services, restaurants or on trains. A necessary vice I silently voiced but I was, after all, on high baby alert.

After I was given the charger, extra batteries, a carrying case and we were paid up, I decided to blow into my three-minute-a-day minimum by calling Alexandra. “Hi darling. I’m calling from the cell phone.” She roared uncontrollably. “Oh Mom, I never thought the day would come.” Neither did I. I gave her the number and we laughed ourselves to tears.

We had tickets to hear a favorite holy man Thich Nhat Hanh speak in New York City. He’s a Vietnamese Buddhist monk who lives in southwestern France at Plum Village, a retreat community. A few summers ago Peter and I went to Amherst, Massachusetts, to hear him speak. For three and a half hours you could feel his presence, among several thousand people who were mindfully living in the present, absorbing every word. His talk was called “Living happily; dying peacefully.” There were no cell phones on ring. Were they on vibrate I wonder? His talk in New York is entitled, “Trusting our hearts in the midst of uncertainty.”

Before going to bed I plugged in the charger, put the cell phone in its cradle, and went to sleep. At three o’clock I got out of bed and walked around the bedroom. I went into my closet and organized a few drawers. When I went back to bed I noticed the cell phone, wondering about the arrival of our new grandchild.

We got up, bathed, dressed and had breakfast. Our bags were already packed. We waited for several more calls. Brooke came to have some breakfast before taking the shuttle to Washington with us. And, yes, I remembered to bring the cell phone. Peter carried it in his jacket pocket.

Lily Sanford Roberson was born that evening, August 13th. She is a precious angel, witness to the miraculous nature of human life. “Baby Lily” is pure joy, pure love.

The day after her birth, I left the hospital to have my hair done at 4 PM. As I was being “washed,” the buzz was that New York City had no electricity. Cell phone in hand, I watched a television screen briefly before having my hair blown dry. My rule is to never bring negative energy to the nursery or to a baby – the mother had enough on her mind. When my twin grandchildren were born on October 5, 2001, we invaded Afghanistan. No television or newspapers allowed.

Alexandra heard about the blackout and called me at the hair salon. But, alas, my rented cell phone was out of New York and didn’t ring! My one phone call never came. No ring; no vibration.

We went to a favorite French bistro in Georgetown directly after leaving the hospital, returning to welcome Lily to her new home. After the twins nap, Nicholas and Anna greeted “Baby Lily.” I felt the great blessings of being a “grand” to the twins as they welcomed their baby sister into their world. The twins call me “Big Mommy!”

The next week upon returning to New York, I returned the rented cell phone. This chapter is closed. I don’t need a cell phone to communicate with “Baby Lily.”

I hope your September brings you fresh beginnings, new insights, and wonderful opportunities for growth and unfolding. I send my love to you as well as my appreciation for your role in my life’s exciting journey.

Suggested Reading for the Month 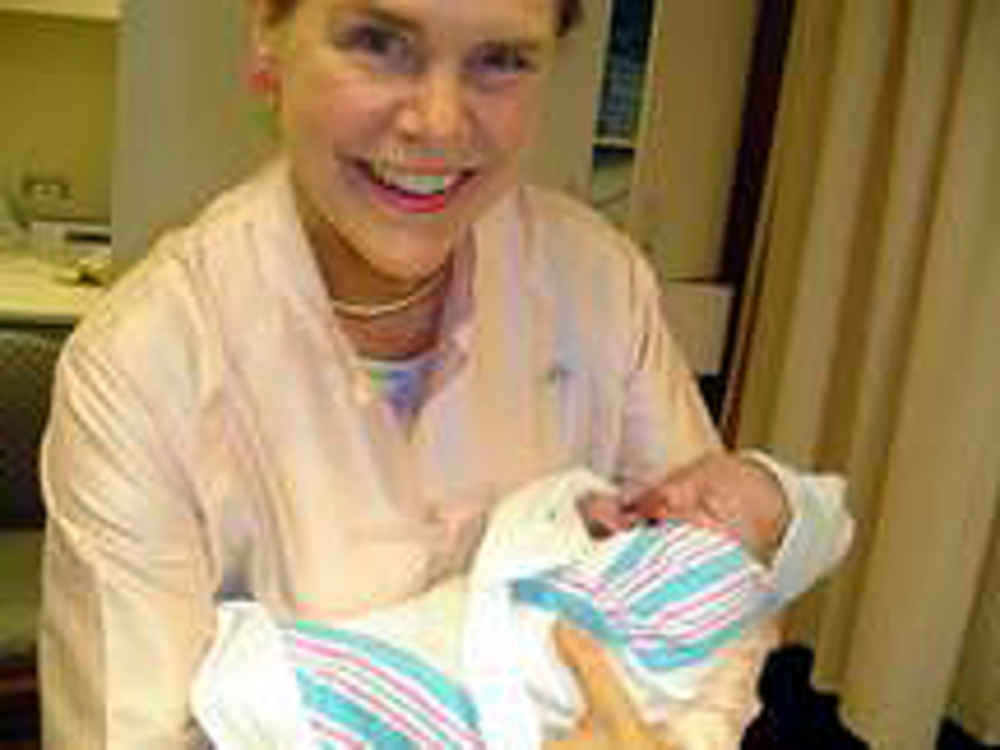 Alexandra and Lily Sanford Roberson in the delivery room. Lily was born at 5 PM, August 13, 2003

Big Mommy with Nicholas and Anna at their sandbox 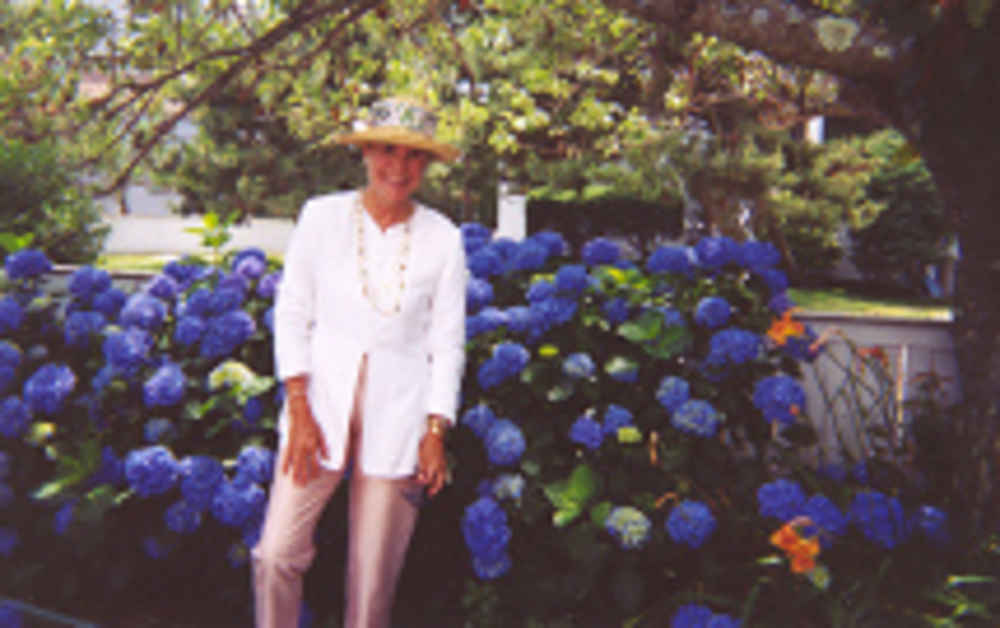 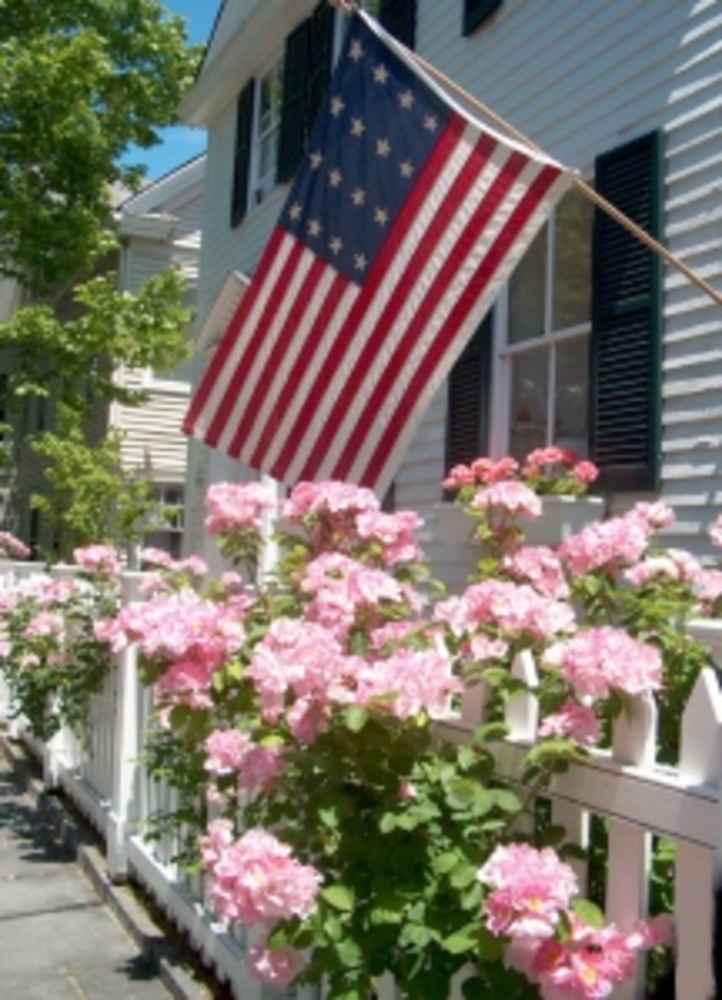 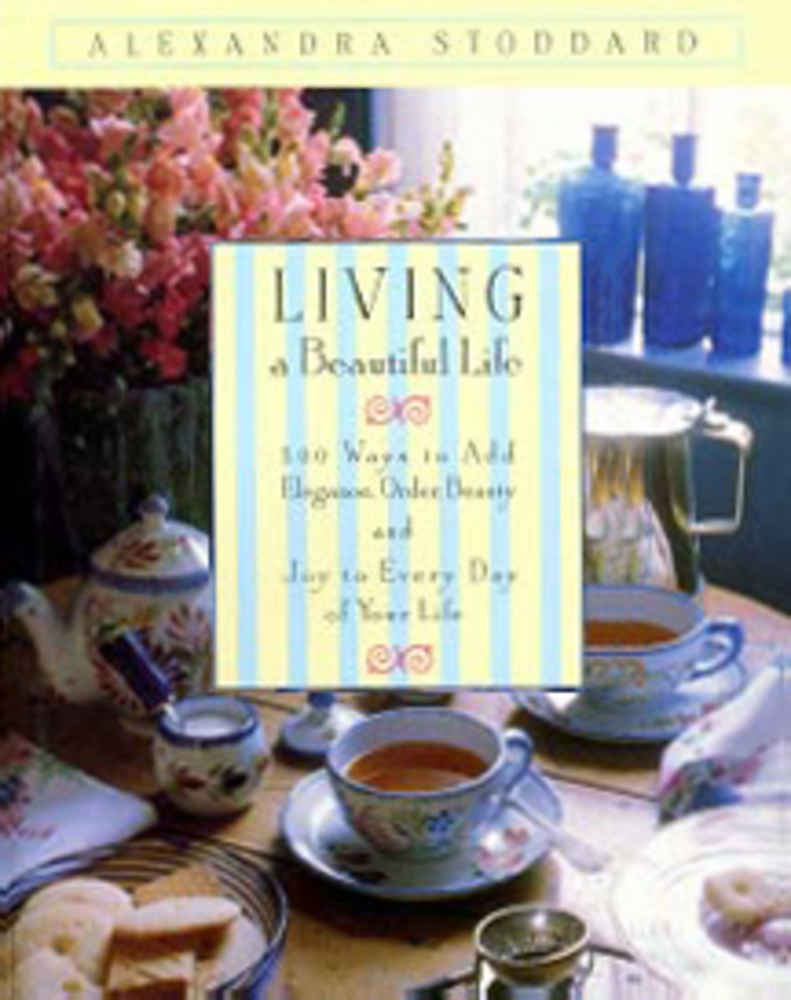 Living a Beautiful Life has a new cover. A memorable book to read, to have and to hold. This book has sold a million copies in hardcover. Now available, The new cover shows a tea celebration in Alexandra's charming cottage kitchen. Hardback $25.00 plus $5.00 s/h. Please send book orders and checks for this book to 87 Water Street, Stonington, CT 06378. 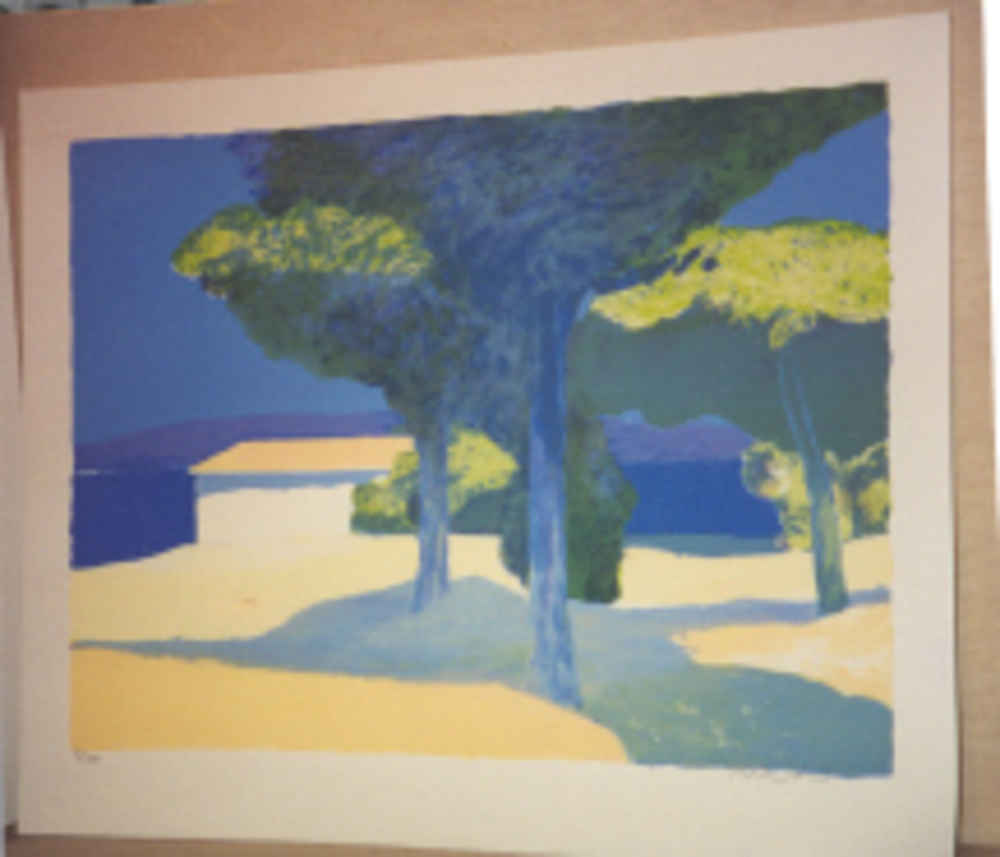 A Note about Roger Muhl,
My Favorite Artist.

Many of you have expressed an interest in this great artist’s work. I’ve been collecting Muhl paintings for 42 years. If you are interested in becoming a proud owner, please let me know. The prices range from lithographs to oils. Fax me at (212) 996-4625. Tell me your price range (lithographs are $1,400 and oils are $6,000 to $36,000). This one artist has brought great joy to the lives of hundred of collectors.

Find a favorite photograph of yourself when you were a baby or young child. Frame it and put it on your desk. Be true to your pure, innocent spirit. 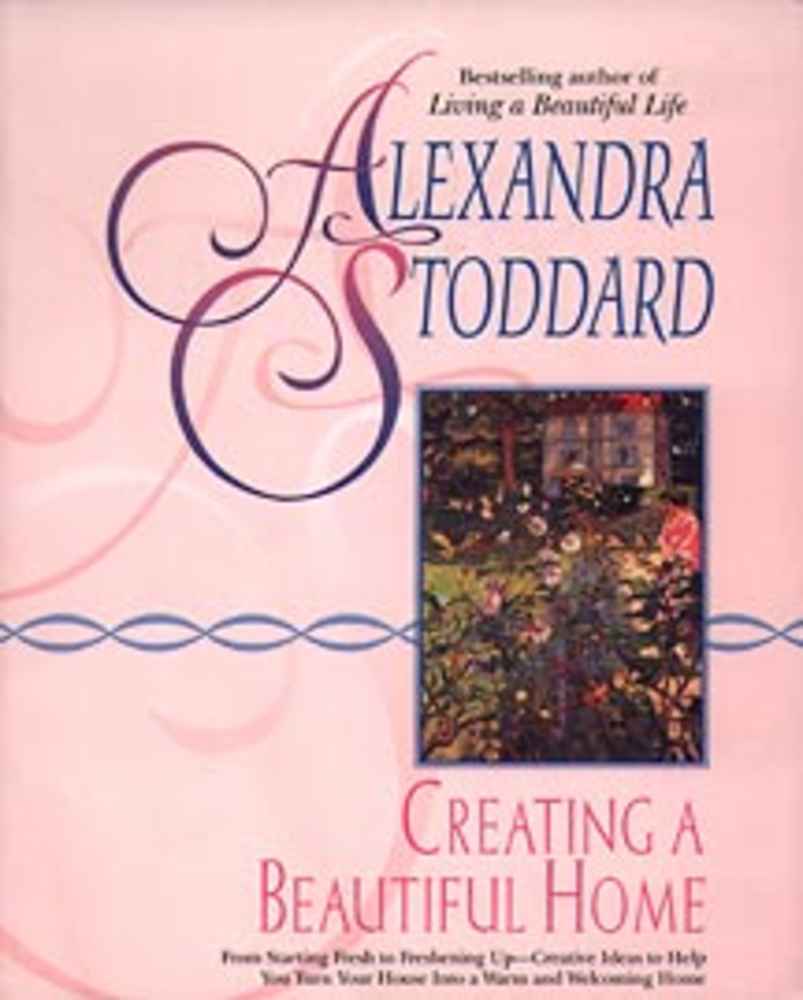