This July was, perhaps, the happiest month of my life and I can’t pinpoint it to anything specific. Peter and I have enjoyed gentle days filled with grace and love. We began July with the great blessing of all of us having been under one roof, all four generations, fully enjoying our time together and the great weather, beaches, sunsets, and laughter. After Alexandra left with Anna, Nicholas and Lily, we had the fun of being with Brooke and Cooper, then Tony arrived and they were here for a week. The afternoon they left to go home to New York City, Tony laughed and asked me what I was going to do in the quiet cottage. “Write my book!”

The mornings that, upon waking, Cooper would come to my writing room with one of her parents were so happy, and we had some spontaneous moments shared together. It was hard for Brooke to pull herself away from the gigantic forest of blue hydrangea in our back walled garden. Quite frankly, I’ve never seen anything as spectacular. I bought some throw-away cameras and spent a lot of time snapping away because it is impossible to describe the glory without people thinking I’m exaggerating. Tony went to pick up the film, and we all sat around having a hot-out-of-the-oven chocolate chip cookie party, and viewed the photos. I was almost in tears. The deep Nikko blue hydrangea, the explosion of all-encompassing blue, printed out as pale, almost white, blossoms and my disappointment was severe. I’d tried to capture the blueness, the amazing grace of nature’s possibilities. In my failure to achieve my goal, I called on the help of a friend, John Papp, who owns a nearby restaurant, Noah’s, where he was the chef for thirty years and now, after having knee surgery on both knees, has found his true passion in photography. He came to the cottage, he felt my distress, he looked at my washed out photographs, and got to work. John came back again the next day, because we’d had a heavy storm the night before, and the hydrangea were drooping. His second shoot was the best.

I am grateful to have a lot of photographs of our hydrangea, a family favorite, and an absolute passion. Somehow I now feel confident that during the dark winter days with blizzards, I’ll be able to feast my eye on these pictures of our garden in full bloom and not be afraid that spring and summer will come in an orderly, timely way, as the great promise the universe provides.

Sometimes, the smallest improvement to our lives can make the biggest difference. Peter and I enjoy sitting in the garden and gazing at the harbor. We have lots of colorfully painted and decorated circus chairs, and while they are adorable, they are flimsy and not that comfortable. Even worse, they aren’t safe. Often they become drenched in a rainstorm and could fall apart unexpectedly. We admired a teak loveseat bench in front of a real estate office and knew – “Eureka,” I have found it! This was the missing thing for our pleasure in our viewing of the harbor. And thanks to our dogwood tree overhead, we have an umbrella to shade us from the sun, and cool us from the heat. We’re fortunate to have sea breezes from the Atlantic Ocean, and sitting, side-by-side, on this newly acquired loveseat brings great joy to us.

On Wednesday evenings we watch the small sailboat regatta and take pleasure in the people who walk by our cottage admiring the pretty pink roses. We experienced some really hot soul-sapping humid days and I called Brooke to encourage her to escape New York City’s record heat wave and come to be able to splash in the ocean and make sandcastles at the beach. This was a bonus for all of us and, as Peter always says, “I’m happiest when there’s a baby in the house.” Peter and I are well aware that Cooper is no longer a baby. She is a big girl, sleeps in a big girl bed, and is going to be three in October, but she is our baby. She is our youngest grandchild, and, Peter understands what it is like to be “the baby.” Now, in his 90th year, he is still “the baby” to his sister who is in her 91st year!

One of the most endearing things the grandchildren did during their visit was to want to raise money for the Children’s Room at the local library, inspired by their grandfather, Peter Rabbit, who raised over $16,000 to help out after the flood by the donations of Figure It Out. The children had a lemonade and cupcake sale on two afternoons, and with matching gifts from their parents, raised $150.00. They discovered the pleasure and satisfaction of philanthropy.

I’m enormously challenged and stimulated by my work. During the severe heat, my sunny writing room was almost unbearably hot, and even the fans didn’t seem enough. I sucked on ice cubes and kept the course. I know there will be some false starts and some pressure in the days and weeks ahead, but it is a blessing to be working on a book I’m passionate about and at the end of August we’re going to New York City to see Cooper and on to Chevy Chase to see the other “grands.”

I feel summer is racing by, but it is exceptionally pleasant being in Stonington, writing, reading and enjoying a peaceful, happy summer. 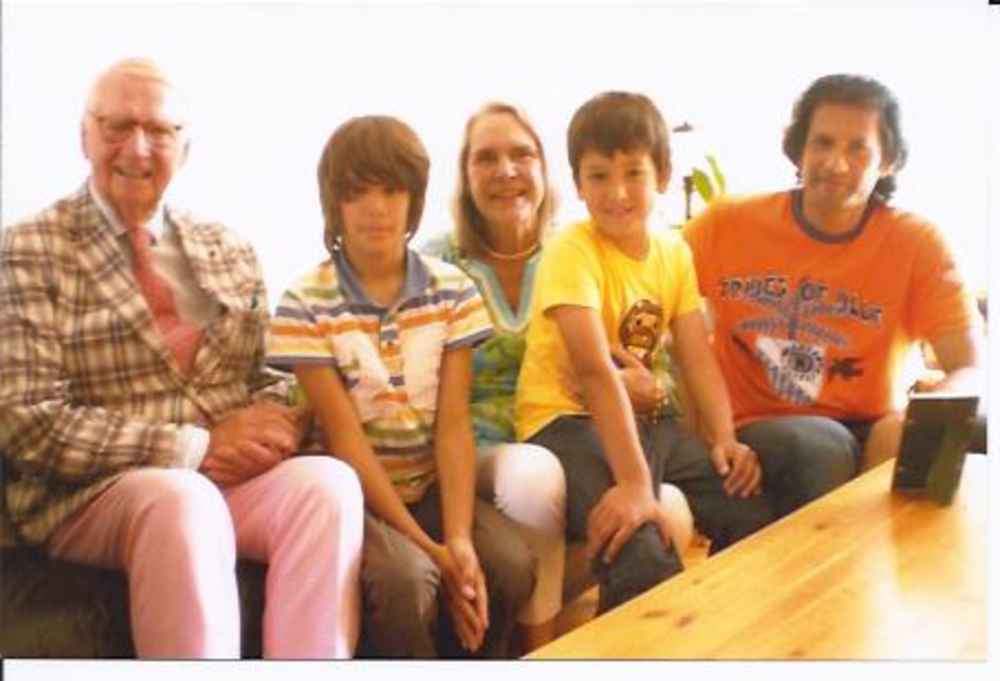 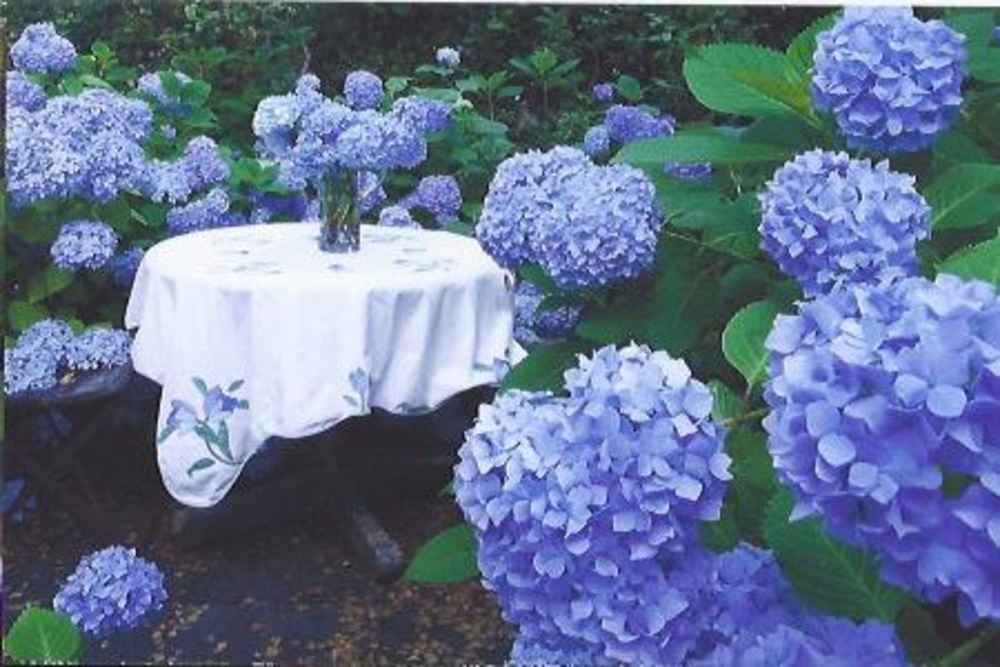 One of the photos John Papp took of our hydrangea 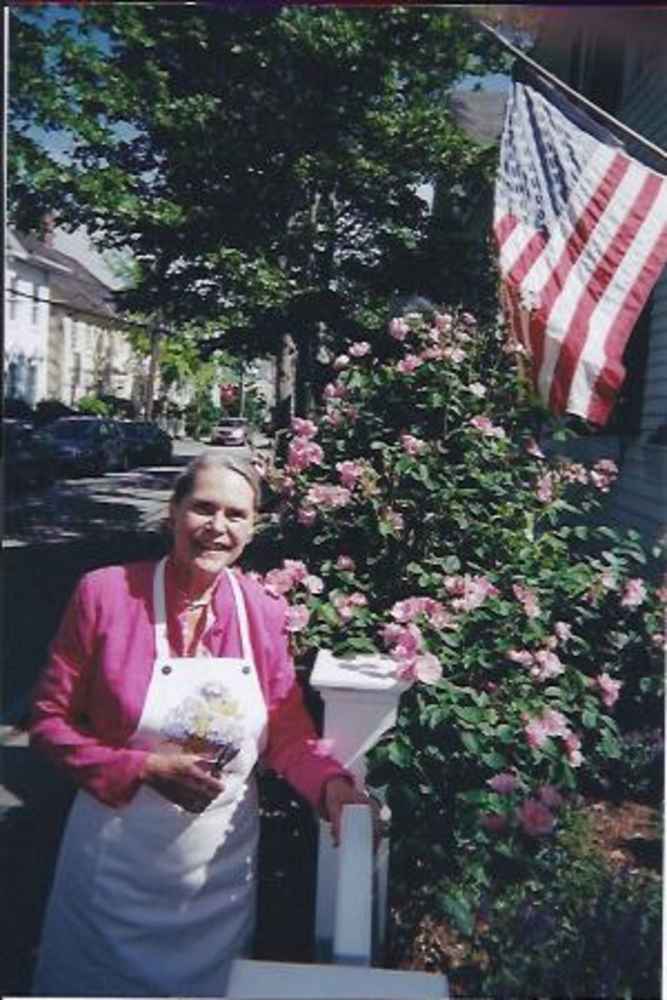 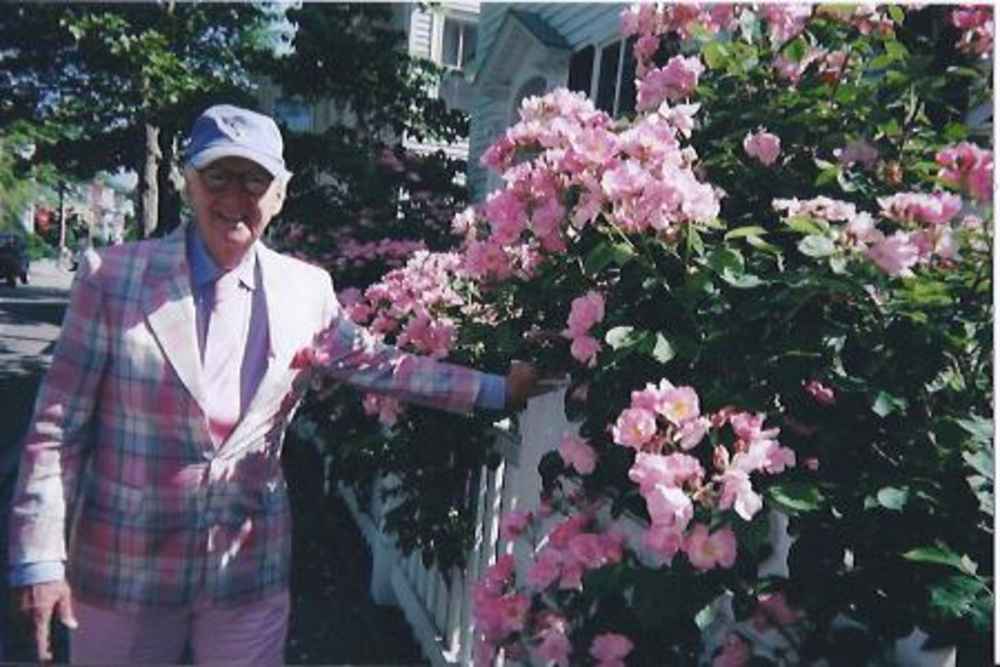 Peter, pausing to smell the roses ... 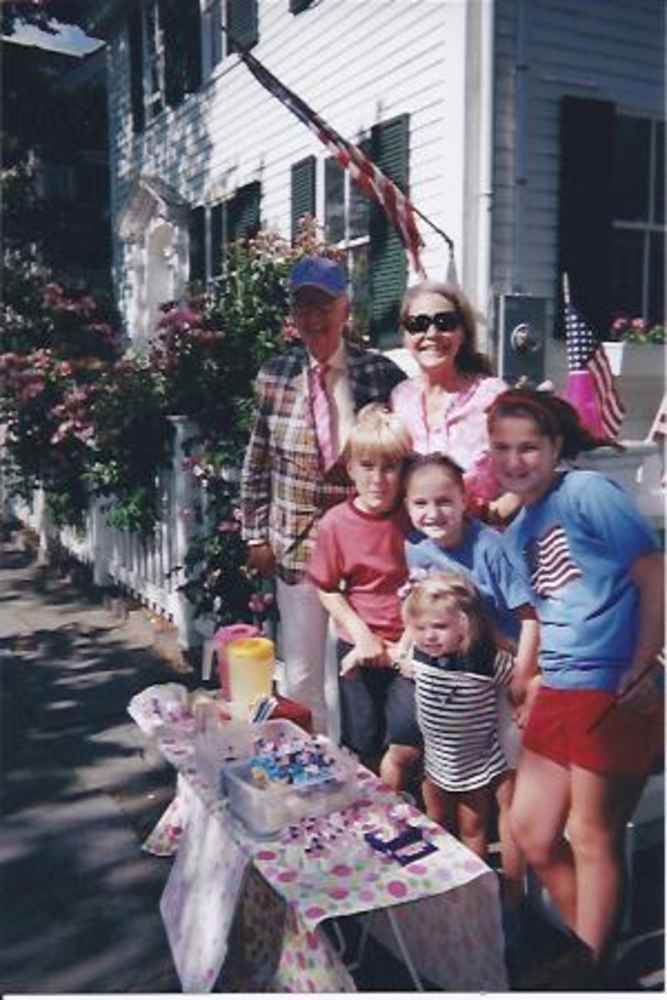 The "Grands" lemonade sale that raised $150 for the Stonington Free Library!

Figure It Out: A Guide to Wisdom

Please consider giving Peter's new book to family and friends for the holidays. Make checks for $25.00 per book to:
The Stonington Free Library

Peter will pay shipping. Your contribution is 100% tax deductible. 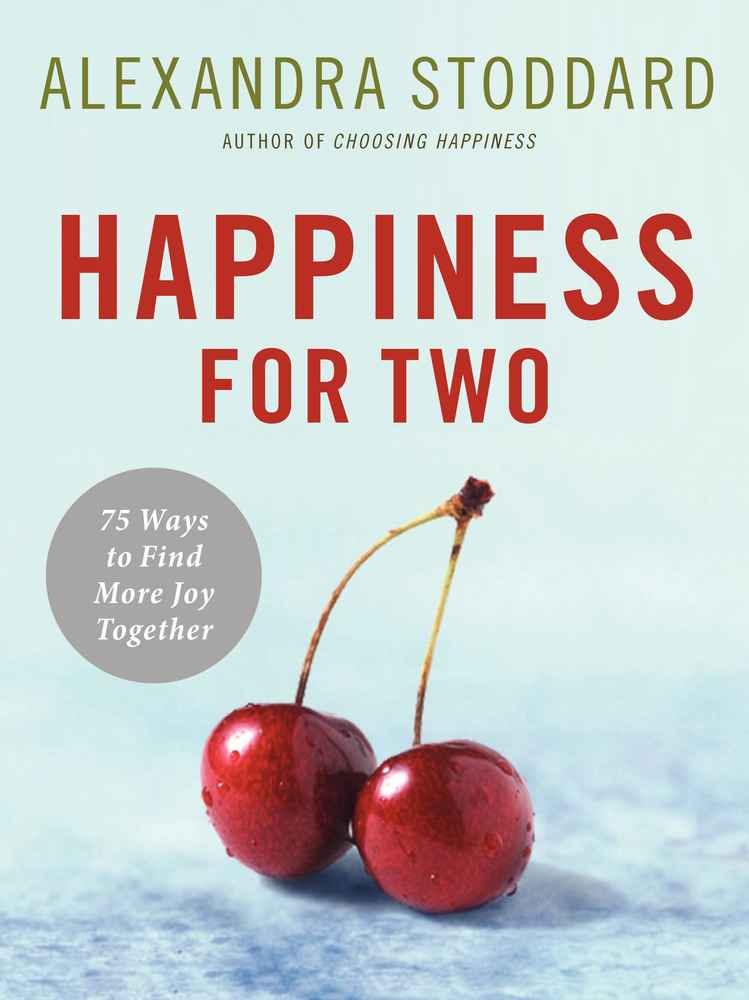 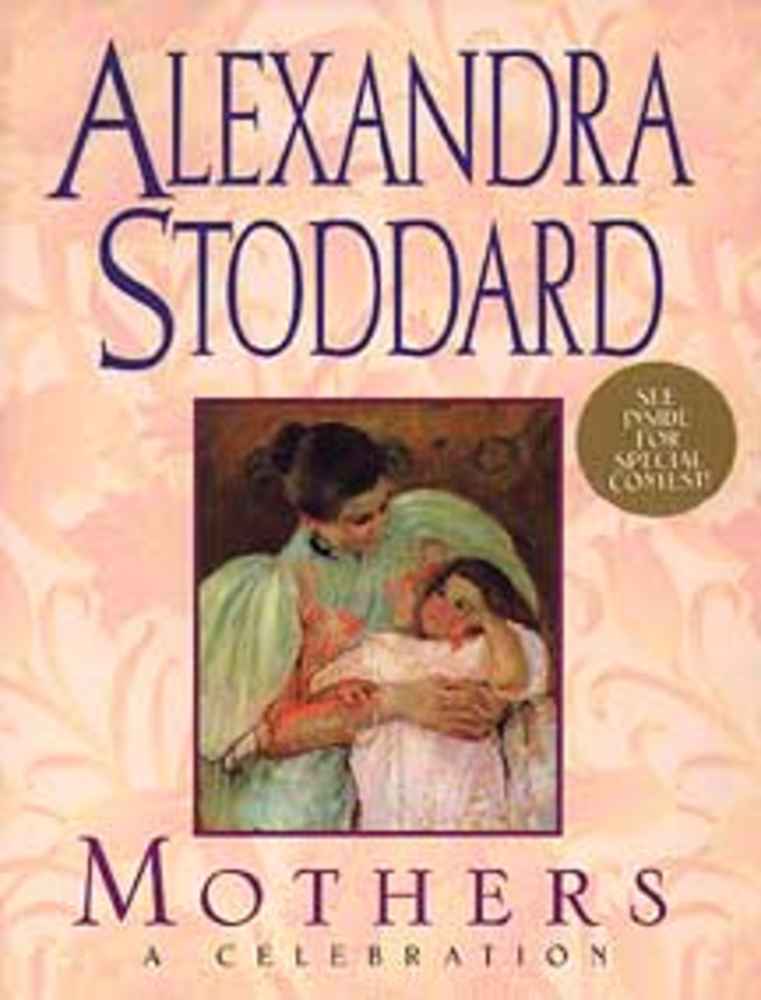